Introduce us to your band!

Howdy! We’re a bunch of music fanatics who want to make weird and wonderful tunes. The band is Lyndsay (vocals), Ellen (keys), Bill (guitar), Eric (bass), Joe (trumpet), and Aidan (drums). We’re mostly from Leeds, except for Joe who lives in Manchester.

How did you guys start out?

The basic idea was formed by Ellen and Lyndsay as a project for University, and it sort of grew from there, taking on new members as the time required – that was a few years ago, and here we are today. The current line-up was mostly formed in 2018, though Aidan joined up at the end of last year.

We like people to imagine Kate Bush and System of a Down running away together to join the circus. We make creepy music with quite dark themes, inspired by everything from fairy tales to American Horror Story. There are definitely sinister elements that set us apart from other bands.

We’re all influenced by different things really. Some of us are more visually oriented and take inspiration from films and TV shows, and others listen to a variety of music and like to emulate some of the weirder ideas they come across. Ellen likes to write in the dark with incense burning! In terms of influences, we have all sorts: System of a Down and Kate Bush we just mentioned, but Danny Elfman, The Cat Empire, Bellowhead, Mr Bungle, Tiger Lillies, Avenged Sevenfold, and loads of others have inspired us too.

We focus a lot on the visual and live aspects of our shows, to try to make it a really memorable time for people who come to see us. We open the set as if we were animatronics on a carnival ride, and it all gets weirder from there. It’s the sort of thing you have to see to believe, because sometimes when you’re describing it to people they go “huh?”, but their eyes light up when they come to see what we do.

We have two singles out at the moment, so genuinely both of them! They highlight two different sides to our style: Tarot is a jauntier number, with more of that circusy vibe to it, and a proper good dancing tune. Graphite is heavier, and a bit darker and claustrophobic in sound. People should listen to both and see which they prefer!

Getting our music out there has been difficult sometimes, and trying to persuade promoters and venues to take a gamble on a circus-themed rock band has been tricky. That being said, the music video for Graphite has just hit over 11,000 views, and we will hopefully have some big news to announce gig-wise after this whole lockdown comes to an end!

Definitely playing at Boomtown! For a few hours before our set we were wandering around the arena, in full costume, and nobody bat an eyelid. Then the set itself was absolutely bananas as well. We had a bunch of guys dressed as wizards show up, and loads of people had a dance and a singalong. And after all, that just being at the festival was a real treat. Proper bucket list kind of experience!

How bright is the future of your band – what are the plans?

Our plans are to keep writing and recording more. We’re also planning on recording a short Internet series to deepen the story of the band and to give everyone more of an insight into our madness haha.

We would like to be remembered as a band that really stood and did something different, we want people to tell their grandkids that we were the most mental live band they ever saw. 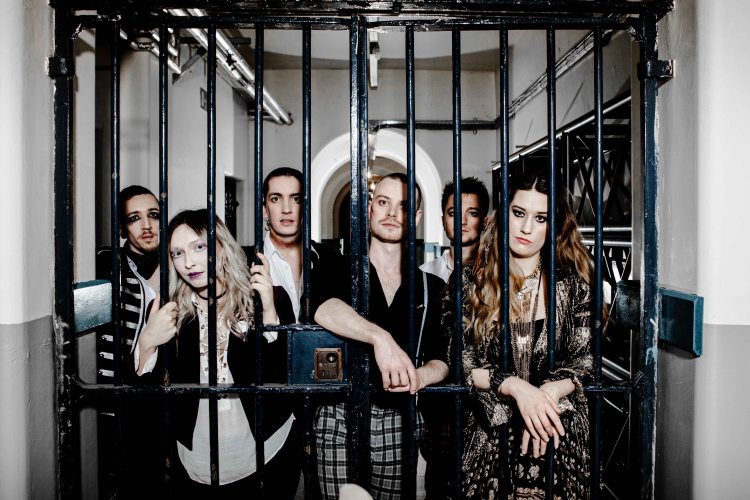