Lonely the Brave announce their return with emphatic single, Bound.

The tapestry of Lonely the Brave’s success was at risk of fraying in 2018 as, after a tear-jerking handwritten letter was posted on the band’s Twitter page, David Jakes stepped away from the world of playing and creating music to focus on his mental health. Lonely the Brave have been a staple of the British alternative sphere for a number of years and this announcement resulted in mass outpours of support and concern over social media about not only the wellbeing of Jakes but the future of the band as a whole. However, having taken 2019 to write music and plan a path for their return, the Cambridge 5-piece are back to start a new chapter and launch their musical journey into the new decade.

Jack Bennett – known for his solo work under the pseudonym Grumble Bee before now – is the newest addition to the band’s line-up. Powerful, driven vocals have been at the heart of the Lonely the Brave’s success throughout the 2010s and any fan that may be wary of how Bennett would tackle taking the hot seat need not worry. Bennett wastes no time entering the fold for this song and immediately showcases his gritty, soaring vocal prowess.

Toughen up, we were bound to love.

As Bound moves through the gears, guitars start to layer, the drums fasten and the song builds in typical LTB fashion until it has no choice but to erupt. The chorus leaves Bennett’s vocals to growl as the band soars to surround the cries of ‘don’t come and save us’. Having recently signed to Easy Life Records, it comes as no surprise that the production of this piece is incredibly tight and every note feels as though it has meticulously plotted. The blend of the delicate and bold in this song is exciting and highlights just another reason why Lonely the Brave have something a little special.

Bound is not only a perfect way of introducing Bennett and his talents but also serves as a reminder to fans of the band that Lonely the Brave isn’t going anywhere. This song feels different, honest and shows glimpses of the magic that has come before and will come again.

Listen to Bound by Lonely the Brave 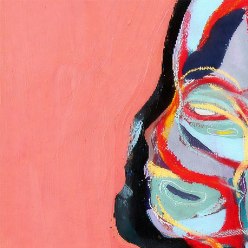