We’re Fires of Freya, a Rock band based in the UK, near Newcastle. We consist of:

Our first attempt at creating the band was in 2017 and our original idea was to form an all-female grunge band but after finding it difficult to find a female bass player, we ended up as a mixed outfit. Fast forward to 2019, after a few member changes later and a name change (we were called ‘Break the Silence’ but this turned out to not be so unique), we are what we are today. We’ve changed from all-female grunge to mixed punk Rock to Emotive/Blues Rock.

Shaun, our guitarist joined around June 2018 and James is the most recent member who joined at the beginning of this year. We’ve recorded 2 live EPs and a studio single to date. Our single, Take a Bow is available to stream and download on all major stores, the EP’s were taken down to make way for the full studio material but can still be bought on our big cartel shop.

We are essentially a Rock band, but eclectic with it. We vary from Blues Rock to Grunge to Rock Ballads, I like to class us as Emotive Rock as we write very real lyrics that generally come from life experiences. We write what we think sounds good, not what we think ‘fits’ with a particular sound. I believe our sound comes through in the way we structure our songs and with our strong smoky vocals and instrument sounds chosen, it is always clear that it is us.

We have no desire to make every song we write sound the same. To often, I’ve been to gigs or bought an album to find that there is very little difference from song to song which bores me to tears. Even some of my favourite bands are guilty of this, they found a sound that works and stick with it but I believe music, making music, is a form of expression and the sound and style should match what the songs about – its the emotions that drive it’s creation.

Our band pulls songs together based on our tastes and most of the band’s influences come from rock, blues rock, pop rock and even a bit of metal but we take these influences and write a sound all of our own. We aim to never let a fans mind/thoughts drift at one of our shows, we try to engage every moment we are on the stage and our mix of rock songs helps us do that.

Take a Bow is the only track to date that we have recorded properly in the studio, all other tracks have been
live recordings with the aim of having something to put out there for the short time when we first got together and started gigging.

We would normally champion Take a Bow as it shows our base sound, bringing in blues rock influences and powerhouse vocals, highlighting Shaun’s incredible guitar skills and Cheryl’s vocal abilities. Having said that our track Give a Reason has now been used in 2 short films, “Without Light” and “Hollie”. Give a Reason is deeply emotional and builds up all the way through the song, it sounds like a ballad but the lyrics speak the truth of a painful break up and the feelings that lead to that and all that is left after. Give a Reason will be given a lick of paint when it’s properly recorded in the studio in 2020.

Co-ordinating the bands time. There are four  of us in the band, two of which work wacky shifts so getting the time to practice and play gigs can be a challenge at times – these are  the joys of being a small band, we need to work to live too! Money is also a huge struggle, if we had an unlimited credit card we would be massive by now as it seems that to get famous you need some decent financial backing; to record, hire practice rooms, get the best instruments, tour outside your home town and source advertising, PR and Radio plugging, as well as finding stage presence like banners and lights etc. It’s never ending and venues that have original bands to play tend to pay low to nothing, which when compared to a cover band who may get £200-500 per gig is insane!

We made it to the regional final of the Soundwaves music competition this year which was brilliant, we got to play the mainstage at the O2 Academy Newcastle and the judges likened our energy to bands like Bring me the Horizon, adding a comment that mentioned that we suited a large stage as we use every inch of it! Also, recording our first studio quality single and it doing so well with over 20k plays on Spotify alone! And not to mention, two plays on the mighty Planet Rock Radio station!

We are incredibly ambitious and love what we do, we’ll work as hard as we can to see where we can take the band. It might not be to stardom, let’s face it 99.9% of bands that try to break through and make it big fail even if they have amazing songs, but we are off to a good start and we’ll remain optimistic and continue to pester anyone who will listen. We’ve love to be musicians full-time, that’s the dream. Doing what we love, creating content that helps people and brings them happiness or strength.

We’d like to be remembered for putting on awesome, energetic and emotional shows and producing outstanding music that people can connect with, use as a source of happiness or strength.

Check out Fires of Freya; 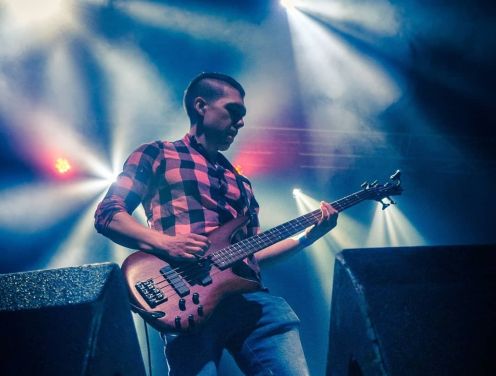 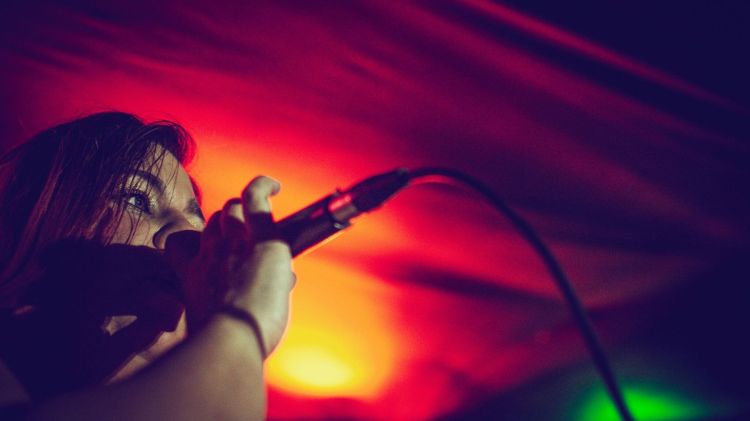