With the imminent release of their new album Sunless, we chat with PSOTY guitarist Scott Gowan to discuss the new record and the future of the band.

Congratulations on the completion of Sunless. What emotions come along with releasing your music out to the world?

Thank you, it’s been a while in the making. It’s really exciting, a little nerve-racking perhaps, but we made a record we’re entirely proud of and we’re grateful for the being given the platform to release it. We’re excited to see what people think!

Thematically, what are the ideologies behind your craft – would you say that you have a story to tell?

There is an overarching theme – We took a mythological angle and played on a couple of concepts to relate to the human existence we’re all party to – Struggle, greed, failure, self-doubt.

What fuels, influences and inspires your creative process?

We’re generally riff-based – we like heavy riffs and low tunings. Someone will come to a rehearsal with a riff or send out a mail with a couple of parts on and we’ll work to build on the parts we like the feel of. We’re all about the feels. If it’s dark and it’s heavy then we’ll all get inspired to build on it until the whole thing feels cohesive. With tracks of around 8 minutes long, this can take a while.

What makes PSOTY stand out from the crowd?

We don’t really conform to a classic ‘metal’ band, nor do we fit the bill for a ‘post-rock’ title. We’re very progressive. We have some giant riffs and some very lush clean parts – Our brand of the light/dark dynamic is something we’ve always been complimented on and feels unique to us.

If we’re talking specifically about ‘SUNLESS’ then ‘Watcher of the Abyss’ is a band favourite. It’s the longest track on the album at just over 10 minutes but it covers everything this record is about. ‘Oil Blood’ is also a great intro to the album, both tracks carry the same dark heavy feel.

What has been the best highlight in your career so far?

I think getting the opportunity to release SUNLESS feels pretty far up there. We’re eternally grateful to the Candlelight/Spinefarm guys for allowing us to do this on a grander scale than we have before.

Similar, to the previous question, it’s been getting this record to where it is. The band members are spread across the UK and Europe so working on the record together has been a challenge. That said, it feels like it was totally worth it at this point!

How bright is the future of PSOTY – what are the plans?

We’re hoping to take the record on the road and play it to as many people as we can and make it the success we feel it deserves. We’ve also started a few tracks for our next record, so we’ll hopefully get all that material together in a shorter time than this record.

Haha, tough one! The end riff of the closing track on the album – ‘Obscura’. If one person remembers our band for that, we’ll die happy. 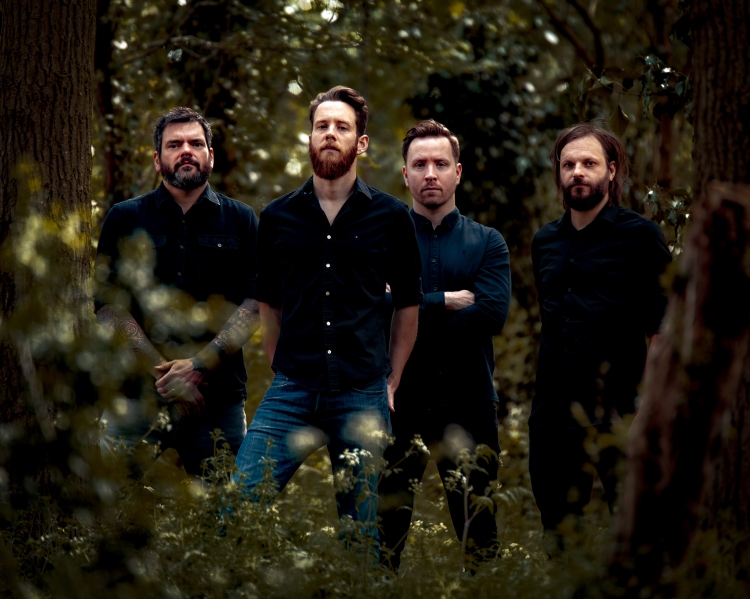 Sunless is set to release on 13th September via Candlelight Records.