Press to MECO wet the whistle with a melodious reimagining of fan-favourite A Quick Fix.

I would argue to my grave with anyone that refused to accept that Press to MECO are capable of writing a slapping tune. As 2018’s pick of the bunch, A Quick Fix, took the biscuit as the unadulterated banger of the year. With neck cranking chugs and rib shattering riffs, I struggle to find words to describe how gargantuan this track is. However, I am not here to discuss this rendition of the song exactly, but instead, deliver the exciting news that this song has undergone a slight make-over. Ahead of their scheduled acoustic release, which will see a number of the trio’s biggest tunes undergo an auditory reworking, A Quick Fix is the whistle wetter. I was keen to see how this track, ear-shattering outro and all would fare in its new style.

Described by the band as a reimagining, the choice to release this song first was a strong decision. Since the release of Here’s to the Fatigue last year, this tune has been a fan favourite. The track opens with a haunting mist hanging over it, with the layers of the song being elevated by the introduction of each instrument and voice. The lyrics to the song feel more important in their newly-found, stripped back landscape and build a message that is somewhat overshadowed in the electric version of the song due to the musical onslaught on display.

The harmonised chorus, as expected by fans of the band, is the highlight of this release. I was lucky to be teased by Press To MECO’s Forest Session at 2000trees this year, which saw an adoring audience pine over the three-piece vocals that trickled through the dappling tree light. One of the highlights of the weekend, not just for me but for a lot of festival-goers, has attracted a lot of attention to the band’s acoustic release. The outro, which in the full version of the song is one of the most electric pieces of music I have listened to, still upholds a certain level of magic in this rendition. It is deep and broody and has an elegance about it. A refreshing take on an exhilarating track.

All in all, A Quick Fix works wonderfully as an acoustic ditty. It showcases, once again, just how much potential Press to MECO have. This song is for those fans of the band that want to hear a slightly different take on some of their favourite bops but also could definitely bring in some new listeners. An approachable rendition of a smashing tune, I think that the release of this song bodes well for the band’s upcoming release and acoustic tour. All things trend that 2019 could be another big year for the boys. 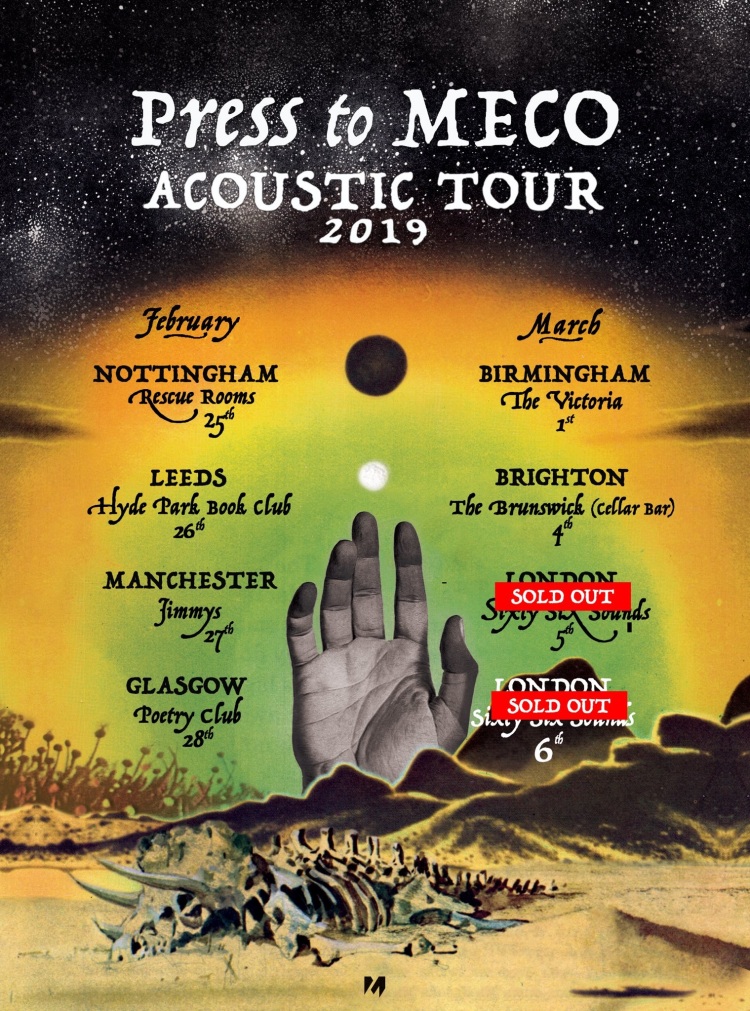