I love The Waterfront. To some this low ceiling, underlit room by the river in Norwich may not look like much, but to me, it means the world. Late nights and swollen livers, this venue was built to bring people with similar interests together to have the best time. A love for State Champs was the common interest on the agenda this time around. On their latest, and biggest, run of UK/EU shows to date they brought with them Woes, Stand Atlantic and Seaway. A line-up to rival any seen so far this year. As a result of the queue to get into the venue,  regrettably, we had to give Woes a miss this time around. 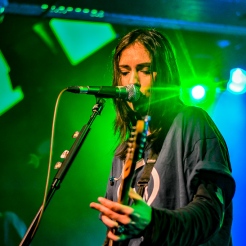 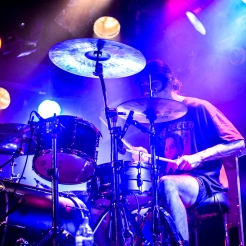 Stand Atlantic are a band that I haven’t been able to forget about since the first time I read their name in a tweet. I think it is fair to say that since the release of their EP Sidewinder in 2017, the Australian 3-piece have left an impression on the alternative music scene. Fresh off the release of their debut album, titled Skinny Dipping, the band brought with them a collection of new tunes with the mission of leaving their mark on the UK. Understandably, this was the first time the band had graced any stage in the Fine City, however, this didn’t stop them bringing their A game. Energetic, pitch-perfect and vivacious, this performance was simply impressive. Since seeing them I haven’t been able to stop listening to them. Their new album is a triumph and I urge you to check them out. Big things are on the horizon. 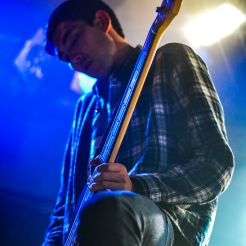 I will be honest, every time I see Seaway on a bill I end up going to see them. The Seaboiz are one of my favourite bands for two reasons: they make fun tunes and they deliver them in a very impressive fashion. Having played the venue twice before – once on their UK debut with Neck Deep, another time as headliners of the Studio upstairs – the boys seemed ready to go from the off, taking no time between their soundcheck and the start of the performance. With the exception of a somewhat shaky start with a rendition of Best Mistake that saw a few technical vocal hitches, the boys bounced back in tremendous fashion to deliver a killer set. Showcasing the highlights of their two latest albums Color Blind and Vacation, the band danced their way through a selection of their most beloved songs. Vocally emphatic and exceptionally tight, Seaway are destined to be headlining venues like this soon and I, for one, cannot bloody wait. 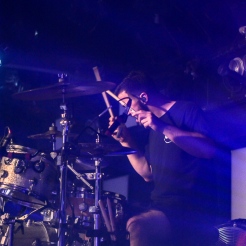 As the main attraction of the evening, there was a certain buzz in the air for the arrival of State Champs. Following their, questionably, career-defining performance at London’s Roundhouse the night before, the crowd were fizzing with anticipation. To say the band came out swinging would be an understatement. Standing in each corner of the stage whilst the song they came out to reached its crescendo, the opening notes of Criminal began to ring around the venue. What followed this can be described to be nothing short of explosive. The New York-based 5-piece rattled through the opening portion of their set at break-neck speed. The band were unrelenting as they slammed through some of their newer material but worked their older songs in smoothly. The highlight, for me, was that the show fell on the 5th anniversary of the band’s first LP The Finer Things. As a result of this, songs such as Remedy, Simple Existence and Elevated were delivered with a little extra energy. These tracks are some of my favourites and it was clear from the audience’s response, the crowd loved them too. Another special moment that I feel I have to mention was Derek DiScanio’s solo acoustic performance of If I’m Lucky. Vocally exceptional, the frontman proved to everyone in the room that he is more than just a guy that wears a backwards snapback and jumps around – he is a truly talented musician. This performance marked, for me, the beginning of a new era of State Champs. This band are on the brink of selling out even bigger arenas and as someone that saw them play at their first ever overseas show in 2013, I couldn’t be happier for them.

Please be sure to check out the individual photo galleries we have produced for each of the bands that we caught at this gig: