Finsbury Park was rocked with the magnificent celebration of Community Festival.

I live in London myself, and something I hear regularly from friends who do not live here, is that there is no ‘sense of community.’ Something for the most part I would have to agree with, London lacks what people in small towns are blessed with; that real sense of being in a community. Perhaps due to all that has happened recently in London, especially in regards to the terror attacks, a sense of community has never been more needed in London. This feat fell to the hands of Community Festival on July 1st, a festival that was unknowingly adopted to yet again be such an important musical event with the purpose to bring people together.

Of course, the organizers of the event were not to know the horrific events which would take place in London when initially planning the festival, but what they did subsequently create was a very powerful, politically driven festival which brought people together and really embodied the festivals name, something all the acts on the day continued to reiterate. I personally thought that was just brilliant.

Now, onto the music itself. This is a review of the bands sets that I managed to see throughout the day

I didn’t know Redfaces going into the festival, and was apprehensive about them opening. It seems the crowd agreed. I think the main problem here was that a lot of the audience did not know the songs they were being presented with, and so this created an atmosphere of restlessness. Around ten minutes into the set I was beginning to dread the day. Many members of the crowd were talking over Redfaces performance, and I thought it was going to be one of them kinda days. However, towards the end, the crowd were beginning to dig it; the moshers had cracked open a few cold ones, and life was beginning to be bought into the crowd.

I’m sure Redfaces will continue to do great, I have since listened to their songs and I definitely vibe it, but I feel like mainstage on a festival is currently a bit above them. They struggled to grip me and seemingly many others in the crowd.

This for me was when the festival began. I predicted in my previous review that Fickle Friends would be the ones to get the crowd on their side, and boy I was not disappointed. This was the first chance I’ve had to see Fickle Friends and it certainly won’t be the last, their feel-good music was just the trick on a warm Saturday morning. It got the crowd moving, singing and frankly just everything you want from a festival. Lead singer Natassja Shiner brought the need to all form one large community in times of need to everyone’s attention, and how music can be the perfect platform for that. I couldn’t agree more.

Fickle Friends are absolutely smashing the scene currently, and really did themselves no harm at showing how they can dominate a massive stage. I expect them to follow up with this main stage showing with much more in the future.

Once again, I was confronted with another band I had never previously been introduced to. That being said, the crowd seemed to really dig Darlia, and to be honest, they weren’t that bad. Sadly, it just wasn’t really for me. They just didn’t have the songs to dominate a stage of the size they were on, though they are another band for the future and this should give them a taste of what being the main stage is like, pushing them on to keep getting bigger and better.

The Hunna is a rather special band to myself. I remember being at their first show supporting Coasts in Shepherd’s Bush, I have since then gone on to see them on several other occasions, making Community Fest my eighth time to see them. The Hunna certainly know how to put on a show; front man Ryan dominates the stage and has very good vocals to go along with his stage presence. This was the first time that I truly thought that the crowd possessed the ability to have a really good time as the songs they were being presented with were provoking, creating a real movement, and most importantly, the crowd was truly rocking out.

Now, a lot of The Hunna’s songs have a deep connection to me. I mean, I’ve been with the band since they only had two songs, I do however feel like it is time for new songs, an outcry the band have listened to and set a date of September for new stuff, which I personally can’t wait for. 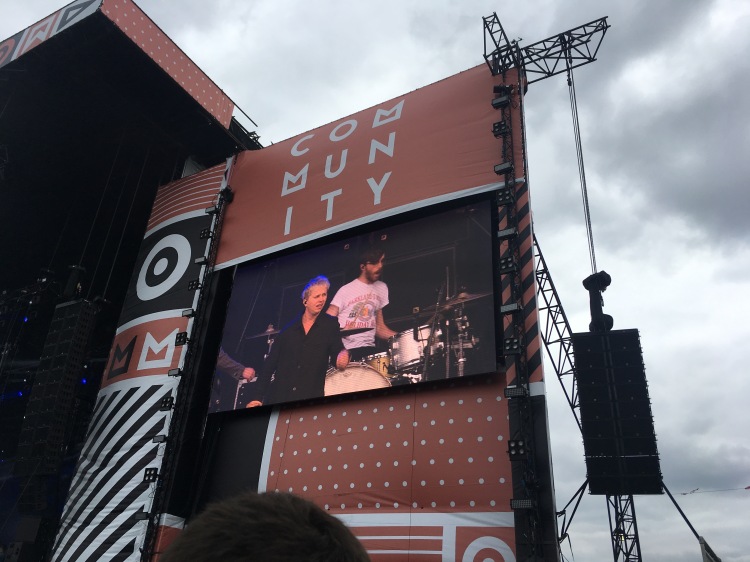 I was honestly so excited, standing surrounded by sweat-covered moshers waiting for Nothing But Thieves to make their main stage appearance. This would be my second time seeing Nothing But Thieves live, and thankfully this time I was not extremely hung-over. Nothing But Thieves live is honestly a spectacle; the emotions you experience are second to none. They have the ability to drop down some real emotion on the crowd then pick them straight back up with the next song; an ability not all bands and artists possess.

One key thing to mention about their set is how good front man Conor Mason’s voice is live. Also, this was the first time of me seeing them perform Amsterdam live, and I would just like to say how much of an absolute banger it is.

This was my first time properly seeing The Wombats live. I caught the end of their set from outside their tent last year at Reading Fest, but I certainly wanted more, because let’s be honest, who doesn’t love The Wombats? Once again, I was not let down as the crowd was buzzing, the sun was out and everyone was dancing and singing; what could possibly be better than that?

I’m a huge fan of The Wombats and they certainly haven’t disappointed me, though I wish they were on for slightly longer because they have so many good tracks they couldn’t possibly play them all.

Catfish and the Bottlemen 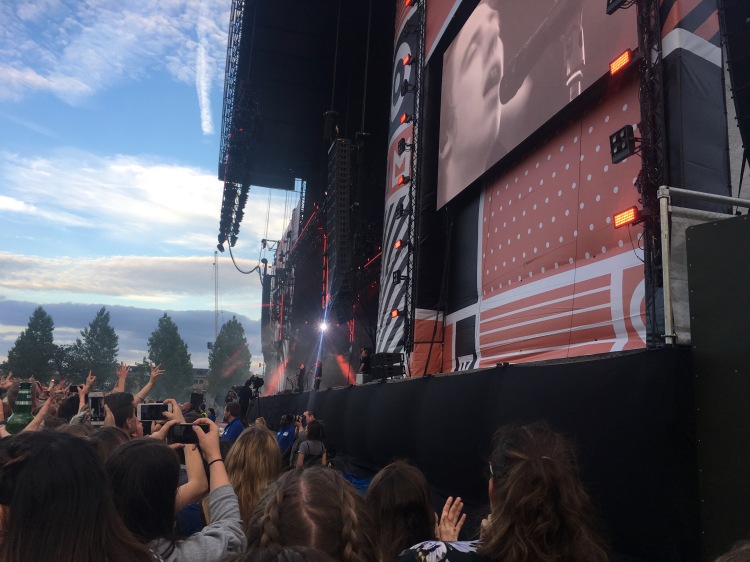 My relationship with Catfish has been tarnished since the release of their second album. I fell so in love with them after the release of their debut piece, and it hit me hard. So hard that I couldn’t get on board with the second album, so much so I hadn’t listened to them much at all this last year. However, since purchasing my Community tickets I started listening to them again and the hype started to build again. This was the second time I’d seen Catfish live, the last being straight after the first album was released, I only have fond memories of the first time I saw them and was expecting more of the same (despite having to hear songs of the second album).

Honestly, I could not think of someone who would do a better job than Catfish did on the 1st of July, they had the whole crowd on side, everyone was singing along, and there was a real sense of togetherness on show, which you could clearly see the reaction of the bands faces during their set.

It was honestly the best way to top of a fantastic day. Good vibes, good company and amazing music. What more could you want!